Thanks for your feedback

Your membership has been cancelled 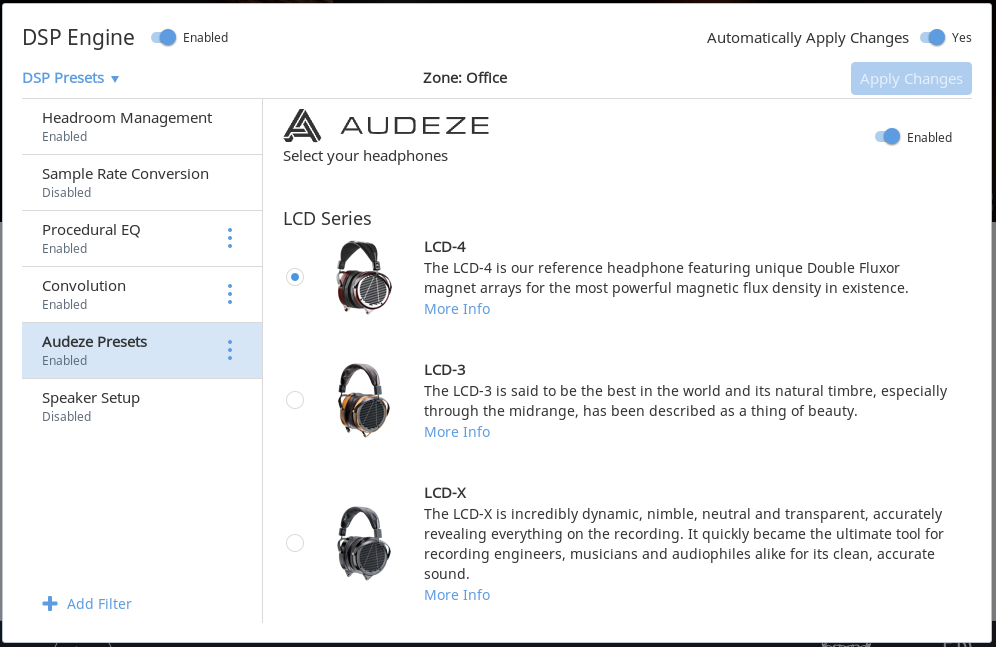 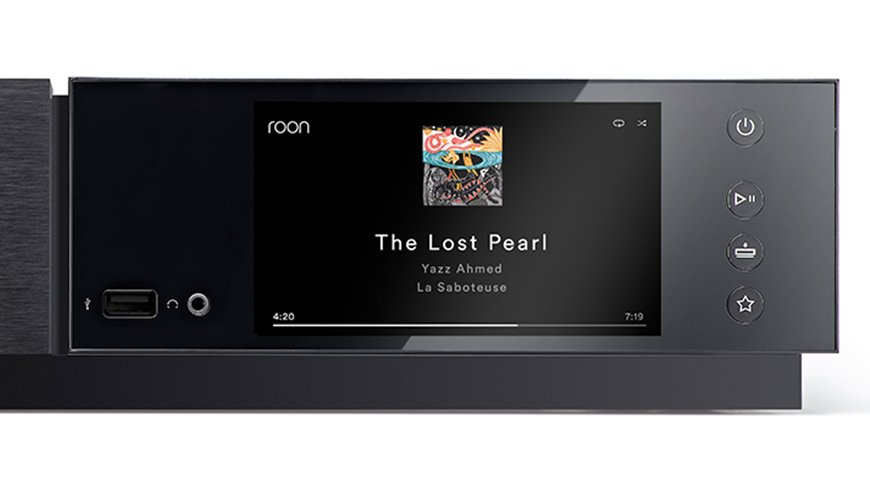 As many of you know, our Radio algorithm has been the subject of much debate since Roon launched. While many users like the selections at first, over time they tended to be predictable or repetitive, repeatedly selecting the same songs, albums, or tracks.

As of today’s release, we have enabled an entirely new Radio algorithm for all of you. Radio 2.0 selections draw on significantly more information, including information about composers, performers, genres, influences, and more, and uses a significantly more sophisticated statistical model for identifying similar content, accounting for content quality, and producing a radio stream that is fresh each time.

Radio will take precautions to ensure the same songs, artists, and albums aren’t picked repeatedly, even if you tend to start Radio with similar content over and over. It will also try to avoid interludes, introductions, podcasts, interviews, and other content which might be intrusive. Note that in Roon, “Radio” means “play more like this” and this is the algorithm that we’ve completely rewritten. “Shuffle” continues to mean “play this group of tracks in a random order” as always.

One of the changes that we did not have enough time to implement is Radio from outside your library. You can think of today’s changes as Phase 1 – we are already hard at work on Phase 2 which will allow Radio to include selections from TIDAL that aren’t yet in your library.
Redesigned Zone Picker and Volume Controls

When Roon launched, it controlled USB DACs and Sooloos zones. Since then, we’ve expanded that list to include hundreds of different devices, and in many cases Roon is now controlling powerful amplifiers and delicate hifi gear across the home. We’ve received a lot of feedback over the years about our volume control and zone selection, and today we are releasing a complete overhaul of these critical controls.

First off, today’s release includes a fully redesigned zone picker that we hope will be clearer and more intuitive, and hopefully makes zone linking easier as well.

Our volume controls have also been redesigned from the ground up. DSP, Zone Transfer, and Zone Settings are easier to reach now, positioned directly above your volume slider. Volume can also be adjusted using Volume Up and Down buttons for more precise control.

One of the scarier experiences people have reported in Roon is the errant click that immediately sends the volume of your music from 38 to 92. Our new volume controls require dragging, which should cut down on accidental clicks that raise the volume beyond a comfortable level. The volume slider can still be dragged, and you can also click (or hold) within the slider to “step” your volume in the direction of your click.
Volume Limits

1.4 includes two different kinds of volume limits, both of which are accessible from the Zone Settings screen.

Safety Limits allow you to set “hard limits” for your device’s min and max volume, to ensure a device is never raised above a certain volume. Also, because the volume slider scales to these limits, this feature can also be used to set a minimum volume that gives the slider more fine-grained control.

We’ve also included the ability to set a Comfort Limit. This is simply the maximum volume the slider can be dragged to – an important limitation in households that contain either children or fat fingers. The volume can still be raised above this level using hotkeys or the + or - buttons.

All of the above should work in both single and grouped zones, across all our supported devices.
Redesigned Queue

Roon’s queue design has been discussed a lot over the years. The original design balanced a number of use cases: those who want to play something and then let Radio take over; those who want to carefully queue up a few albums or multi-part works and then slide into their listening position; and those with shorter attention spans, who want to change what they’re listening to easily.

We’ve heard all the feedback about the queue (and lost queues) and we believe the new design addresses all of that without sacrificing the convenience of the use cases above. The new queue is now “non consuming” meaning that tracks are not removed after they’re played. The “Now Playing” track now functions like a “cursor” inside the queue, meaning the queue can also function as a list of what was recently played in this zone (as opposed to the History screen which tracks plays by profile across all zones).

As always, Play Now adds new content to the end of the queue, ensuring the content your family queued a week ago doesn’t overstay its welcome. When content is skipped, the tracks will collapse into a group that can be expanded, removed, or dragged ahead of the play cursor if you decide you didn’t actually want to skip it at all.

You can also press “Previous Track” in the the transport controls twice to easily jump back to your previous position. This should make things way easier if you accidentally press Play Now and skip something you intended to listen to.

We have carefully designed the new queue to ensure that all previous functionality works the way it always did, including Loop, Loop 1, Shuffle, and Radio. Tracks in the queue will also now display a small icon if they were selected by Radio.
Customizable Play Buttons

Earlier this year, we updated our play buttons, replacing the polarizing “paw mashers” with smaller play controls. The feedback was mostly positive, but we weren’t completely satisfied and ultimately decided this wasn’t an area where any one design could truly be “one size fits all”.

Tonight’s build includes a graphical redesign of the play buttons that makes them clearer, reduces mouse/touch travel, and places the buttons more predictably to help with muscle memory.

Customization options can be found in the new Play Actions tab of Settings. Most screens in Roon can now be customized for whatever actions match your listening style.

The “one-click” play actions on many screens can now be customized as well. This includes the track row buttons, as well as the blue Play combo-buttons on top of the various detail pages. For example, you can use these options to configure the blue Play button at the top of your Playlists to shuffle, as opposed to playing in order. These actions are configured by moving the desired one-click action into the top slot on Settings > Play Actions.

Finally, we have added a new play mode called “Shuffle play”. This is now among the default options on a number of screens, including Playlists. We have also added options like “Queue from here” based on popular demand.
Playback on iOS :iphone:

Well, this has been a long time coming. Starting today, Roon supports playback to iOS devices!

iOS devices will now automatically exposes a private zone that acts like a System Output in some ways. However, iOS’s infrastructure is careful enough that when only one app is playing, the output is bit-perfect. Thus, external DACs, 24bit output, MQA, and DSD are all possible. Signal path will reflect playback quality accurately, and will also display the output path (headphones, speakers, bluetooth, usb, hdmi, …).

As always, Roon’s Signal Path will accurately reflect what is going on. Be aware that many lightning adapters/headphones are fixed at a 48kHz sample rate! So don’t be alarmed if you see a conversion to 48kHz in Signal Path when using one.

If you don’t see an update available in the App Store please confirm you are running iOS 11, as this is required for Roon 1.4.

User interface performance has been optimized and is snappier than before, especially when loading complex screens or using slower devices. Our metadata services have also been optimized to deliver data more rapidly–this is most noticeable when loading artist pages or browsing TIDAL.

We’ve also optimized the RAAT implementation in the Core to minimize CPU usage and context switching during streaming. On the endpoint side, there some optimizations in Roon, Roon Server and Roon Bridge that reduce timing variability when passing audio buffers to device drivers.
Other Changes

We’ve added a new option to the Album editing screen that will allow you to disable multi-part works on the album completely. This should address complaints about multi-part work handling in unwanted situations, such as operas or pop music.

Finally, we have changed our Last.FM43 scrobbling to be more in-line with the behavior requested in this thread. We’ve also fixed an issue logging into Facebook on iOS and Android.
Roon 1.4 (Build 291) Release Notes

Roon Build 291 is now rolling out for OSX, Windows, Windows (64 Bit), Linux, Android, and iOS. Updated versions of Roon for Android and iOS will be available once their respective app stores update.

Build 135 of Roon Bridge is also live for all platforms.

All platforms and apps should update automatically.
New Functionality for Roon 1.4: 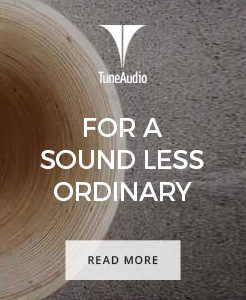 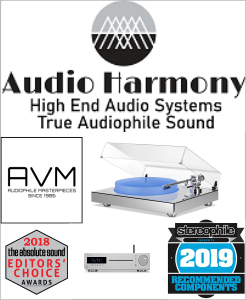 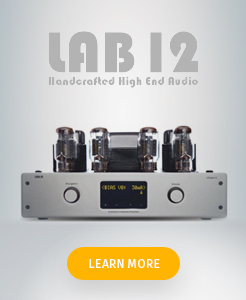 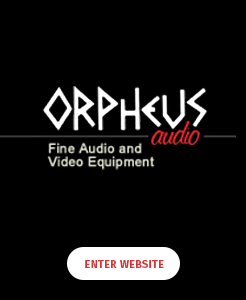 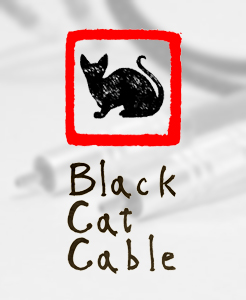 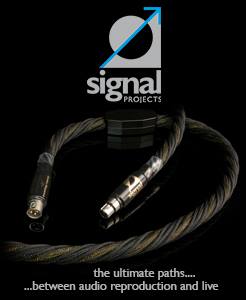 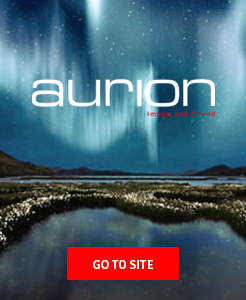